Books have always had the power to make authorities rather uncomfortable. Sometimes it’s because the novel makes the government look bad, goes against the teachings of a particular religion, or says things that are simply too salacious for conservative readers to stomach. In the newly released A Little History of Literature, John Sutherland, Lord Northcliffe Professor Emeritus of Modern English Literature at UCL, takes a look at how different societies around the world have reacted to the publication of such ‘dangerous’ books.

Yale University Press’ Little Histories collection is a family of books that takes a closer look at some of the most significant events, ideas, discoveries and people throughout history. As part of our ongoing coverage of the collection, here’s an excerpt from John Sutherland’s A Little History of Literature, a work that takes readers on a journey through both the classic and the lesser-known works of literature, from Greek myth to graphic novels.

‘At the creative edge, where great writers work,’ Sutherland writes, ‘there is always the professional hazard of incurring the wrath of those currently in power’. Indeed, we need only look at the long list of literary martyrs throughout history to see the truth in this statement: John Bunyan, Cervantes, Daniel Defoe, Salman Rushdie and Solzhenitsysn, for instance. One of literature’s greatest writers, John Milton, was forced into hiding after the restoration, and he famously proclaimed in his great work on freedom of expression, Areopagitica:

‘[…] as good almost kill a man as kill a good book; who kills a man kills a reasonable creature, God’s image; but he who destroys a good book, kills reason itself.’

So how have ‘good books’ come under fire throughout history? The answer, Sutherland reveals, depends on the country. Each society has had a unique way of waging ‘war’ against literature; here is a quick overview of literary censorship in France, America and Britain over the years.

Before the Revolution of 1789, ‘every book required a ‘privilege’: state permission to exist’. This iron grip was relaxed after the Revolution, with the proclamation of freedom of expression as one of the rights of man—though things later took a turn for the worse again with Napoleon’s takeover.

In 1857, both Gustave Flaubert and Charles Baudelaire were put on trial for their works, Madame Bovary and Les Fleurs du Mal respectively. The charge was ‘outraging public decency’ (outrage aux bonnes moeurs). Eventually, Sutherland explains, ‘[t]he acquittal of these works (now, of course, high classics of French literature) created an open zone for literature’. This newfound freedom had consequences for non-French writers as well, as many British and American authors—such as Hemingway, Gertrude Stein and D.H. Lawrence) went to Paris to publish works that would otherwise have been disallowed in their home countries.

Although freedom of expression is a constitutional right in America, it has never been ‘absolute and universal’, Sutherland asserts. Because America is ‘a federal state made up of many divergent parts’, a work of literature could be banned in one state and on sale in another. In fact, we continue to see this ‘patchiness’ in the American literary environment today, particularly where public libraries and local educational curricula are concerned.

While there has been a long history of censorship of the stage (notable examples include George Bernard Shaw’s Mrs. Warren’s Profession and Ibsen’s Ghosts), print literature ‘had it somewhat easier’, according to Sutherland. Take Fanny Hill for example—the author, John Cleland, was prosecuted but not harshly punished.

Unfortunately, in 1857 Parliament passed an ‘Obscene Publications Act’ which deemed works ‘obscene’ if they tended to ‘deprave and corrupt those whose minds are open to such immoral influences’. As Henry James aptly put it, this act was ‘the tyranny of the young reader’. It led to much self-censorship, such as in the case of Thomas Hardy and E.M. Forster. Thankfully, there was a big change in 1959 with the introduction of a new act by which an otherwise-offensive work could be published if it had ‘redeeming social merit’.

While all these instances of censorship throughout history may seem discouraging for the progress of literature, Sutherland reminds us how remarkable it is that great literature has nonetheless managed to flourish. After all, literature can, ‘like the phoenix, rise from the flames of its own destruction’—and it is ‘a glorious vindication of the human spirit that it can do so’. 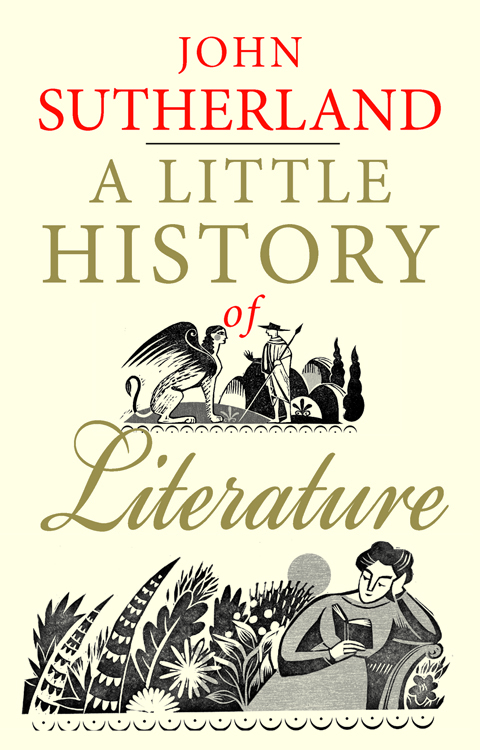