Walter Bagehot (1826-1877) was a prominent Victorian lawyer, businessman, essayist and journalist. For 17 years he was editor of The Economist, and to this day the magazine includes a weekly ‘Bagehot’ column. His analyses of politics, economics and public affairs were nothing short of brilliant. Sadly, he left no memoir. How, then, does this book bear the title, The Memoirs of Walter Bagehot?

In this extract from the Foreword to The Memoirs of Walter Bagehot, author Frank Prochaska explains the motivation behind the book and introduces his understanding of ‘the Victorian with whom you would most want to have dinner’.

G. M. Young, the great historian of Victorian England, once turned over in his mind candidates for the title of the ‘Greatest Victorian’. He was not looking for the supreme genius working in Britain between 1827 and 1901; if so, Darwin and George Eliot would have been among those with strong claims to the distinction. Instead, Young was looking for someone with a roomy and energetic mind, who could have been of no other time: ‘a man with sympathy to share, and genius to judge, its sentiments and movements: a man not too illustrious or too consummate to be companionable, but one, nevertheless, whose ideas took root and are still bearing; whose influence, passing from one fit mind to another, could transmit, and can still impart, the most previous element in Victorian civilization, its robust and masculine sanity’. He awarded the title to Walter Bagehot.
I first discovered Bagehot reading his Historical Essays as a student. Over the years, his works have played an increasing part in my own writings, particularly those on political thought and the British monarchy. In my last book, Eminent Victorians on American Democracy, I devoted a chapter to his criticism of the United States Constitution. As the manuscript was in production, I returned to some of his essays in The Economist and the Saturday Review, in which he dissected politics in a playful manner that made Victorian England seems timeless yet familiar. Sadly, he did not leave a memoir. Given my long-standing interest in his life and times I decided to compose one on his behalf. I chose to write the book in the first person because I thought Bagehot could speak more vividly of his life and mind than I could as an intermediary in a conventional biography.

Bagehot, to use his phrase, was a ‘self-delineating’ writer, someone who left a vibrant image of himself in his essays, books and letters. Much of the text that follows is in his own words, drawn from disparate sources, edited and expanded to create a life in narrative. Bagehot was a man of letters in the broadest sense, with an absorbent mind of remarkable versatility. Whatever he wrote – and he wrote brilliantly – he expressed in a lively conversational style. Talking to him, said his friend William Roscoe, ‘was like riding a horse with a perfect mouth’. His animated prose gives much the same pleasure, whether he was writing for leisured readers of the quarterlies or busy City men in The Economist. He delighted in aphorisms and despised what he saw as the most unpardonable of faults – dullness. If these memoirs are ever dull, the fault will not be Bagehot’s but my own.

Unlike a conventional ghost writer, I have not been able to consult the subject in person. But I have sought to be sensitive to the way in which Bagehot would have portrayed himself had he left a memoir. On the surface, he was a man of buoyant cheerfulness, which disguised an underlying melancholic reserve. Well connected but with few intimate friends, he did not seek the limelight or push himself on others. On grounds of confidentiality, he would have understated his influence on government economic policy, which was not insignificant. He would also have been guarded about his personal and family life, as would have been usual in a mid-Victorian gentleman.  In any case, there is nothing to suggest that he was anything but a dutiful son and a faithful husband. His mother, who suffered from mental illness, was the central character in his life, and he would have treated her with delicacy in a memoir. It seems unlikely that he would have discussed her descent into uncontrollable behaviour, which led to her incarceration in an asylum for several weeks in 1866.

Inevitably, a book of this nature is an historical reconstruction. Examples of the genre are rare, but splendidly achieved in Marguerite Yourcenar’s Memoirs of Hadrian. As Yourcenar reminds us, the reconstruction of an historical figure written in the first person borders on fiction, but is greatly enriched by close adherence to the facts. Unlike Hadrian, Bagehot left a large body of material to draw on. His Collected Works, edited by Norman St John-Stevas, runs to fifteen volumes. In addition, there are the diaries of his wife Eliza, and various biographies, reviews and scholarly studies.

Of course, this is not the autobiography that Bagehot would have written had he left an autobiography; but it is, I believe, free of anachronism and true to his life and times. I have sought to be an amanuensis rather than a ventriloquist and throughout have tried to sustain his tone of voice and the flavour of his writing. I can only hope that Bagehot’s shade would forgive the book’s liberties, and any errors of fact or lapses in judgement. It will have served its purpose if it encourages readers to return to the original writings of this eminent Victorian. If he is not the ‘Greatest Victorian’, he is the Victorian with whom you would most want to have dinner. 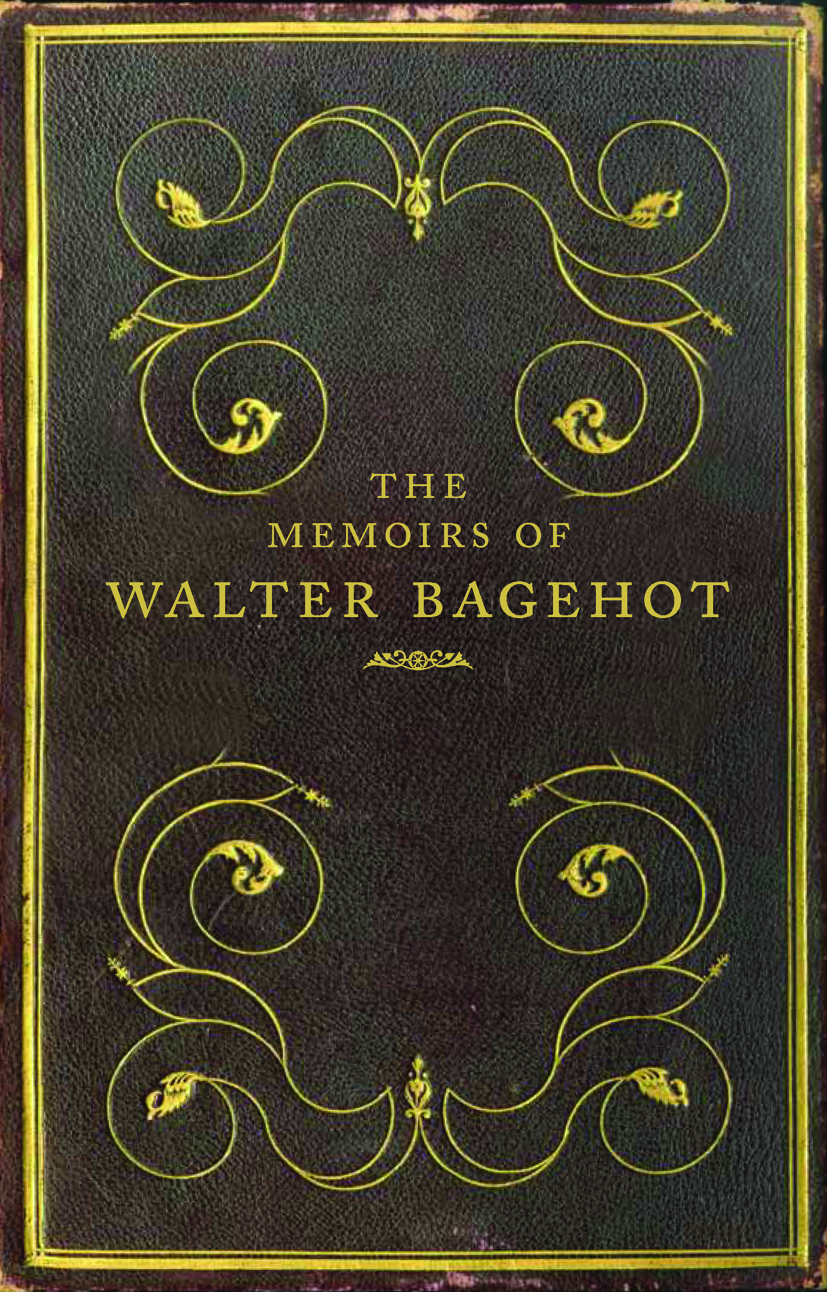 Five 2014 Paperbacks for your Pocket

Everyone enjoys a good paperback. The fun, cheerful alternative to its stuffy corset-wearing older sister the hardback, a…