For a brief moment at the close of the 13th century, the town of Assisi was the focus for the two greatest powers in the Latin Church: the Roman papacy and the Franciscan Order. The election in 1288 of Nicholas IV, the first Franciscan pope, was the catalyst for the creation of frescoes of unprecedented intellectual ambition in the Basilica of San Francesco. At the heart of the new decorative scheme were twenty-eight scenes depicting the life of Saint Francis. Putting to one side the long debate about whether the Saint Francis cycle was or was not painted by Giotto, The Making of Assisi takes a fresh approach and treats the cycle as part of a larger, integrated, and far-reaching programme of renewal at the Basilica. In this deeply researched, illuminating and beautifully illustrated book, Donal Cooper and Janet Robson investigate the particular historical moment in which the frescoes were made, casting new light on their patronage and iconography.

The following article is a specially selected extract from the Introduction to The Making of Assisi, that describes the two letters which ignited the transformation of the Basilica of San Francesco and ‘ultimately changed the course of Western art’. The first of the epistles is reproduced in full in full below, while the second can be found in the Introduction to The Making of Assisi.

In the second half of May 1288 a set of documents arrived at Assisi that would transform the Basilica of San Francesco and ultimately alter the course of Western art. Even before opening them, the friars of the Sacro Convento (the Franciscan monastery adjoining the Basilica) would have felt the weight of the laden seals, sewn with hemp to the bottom of the parchments, and recognized their sender. These were papal bulls, dispatched from the curia at Rieti some fifty miles to the south, where they had been composed on 14 and 15 of May. There were two different letters, and the friars at Assisi received two copies of each – the four parchments are still preserved in the Sacro Convento’s archive. Although their texts differed, the two epistles repeated the same incipit – Reducentes ad sedulae – and are known jointly by that name. The bulls were addressed to senior Franciscan officials: the provincial minister of Umbria, the custodian of the Sacro Convento and the minister general of the whole Order. Their lead seals bore the stylized heads of the apostles Peter and Paul on the front and on the back the inscription ‘Nicholas PP. IIII’: Pope Nicholas IV, born Jerome of Ascoli, elected only three months before and the first Franciscan friar to sit on the throne of Saint Peter.

The Pope’s ‘Remedy’ for Assisi

Nicholas’s letters were the catalyst for one of the most ambitious artistic projects of the later Middles Ages, the frescoing of the nave of the Upper Church of San Francesco. As well as the narratives from the Old and New Testaments, the decorative scheme would include the most famous set of images in the whole Basilica: the life and miracles of the Order’s founder, Saint Francis of Assisi (1182 – 1226), set out in twenty-eight scenes and known today simply as the ‘Saint Francis cycle’. Given that the Reducentes bulls are often identified as key documents for the renewal of the Basilica’s fabric and architecture at the end of the thirteenth century, it is surprising how rarely they are quoted in the original, and stranger still that they have never before – to our knowledge – been translated into English. Since the two letters will run like a thread through this book, Nicholas’s words are worth reproducing here in full. His first, shorter, epistle of 14 May addressed the minister of the Order’s Umbrian province (which encompassed Assisi) and the custodian of the Sacro Convento:

“To our beloved sons the minister of the province and the custodian of Saint Francis, greetings and apostolic benediction. Noting, with the scrutiny of our diligent consideration, that the ongoing maintenance of the church of the blessed Francis of Assisi is known to be more than a little expensive, and that a countless multitude of brothers of your Order gathers there, where the most glorious body of the saints himself reposes, and also at the church of Santa Maria of the Porziuncola, for reverence of the same saint, and that the city of Assisi is confined in a small space, and is therefore unable to supply the needs of the same brothers, we are led by the eagerness of our paternal care to provide a remedy, to make suitable provision for these things. Since, then, it is our intention that whatever is offered, by way of any money or coin in the churches or in the same places by the Christian faithful, be used for this conservation of the same church of Saint Francis, and the support of the brothers gathering at the aforesaid churches and also of those who dwell there, by [these] apostolic letters we order your discretion to have a care to appoint one or several suitable and faithful persons, which person or persons seem appropriate to you, and who are not from your Order in the name of the Roman Church, and acting for her, when and as you will think expedient, and [we also order you to] appoint as deputies in their place another person or persons, not of the same Order, as when you will see fit, who will carefully collect, and diligently guard and conserve whatever is offered in money or coins, in the churches or aforesaid convents by the Christian faithful, as mentioned above. Given at Pieti, on the second Ides of May, in the first year of our pontificate.”

Nicholas’s call to ‘maintain, repair, build, modify, enlarge, furnish and decorate’ the Basilica of San Francesco must be read against the context of a building that was architecturally complete and already extensively embellished with images in fresco and glass. Work on the Basilica had begun six decades before Reducentes, Pope Gregory IX having laid the foundation stone as early as 1228, less than two years after Francis’s death….

Buy The Making of Assisi | Art on the Yale Books blog 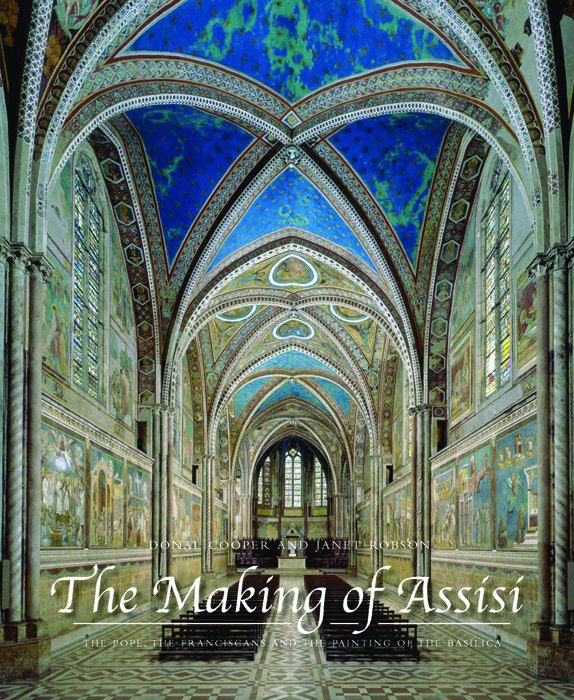 A Sixteenth-Century Subwoofer: James B. Kopp on the history of the bassoon

James B. Kopp’s new book The Bassoon encompasses the entire 500-year history of this unique instrument, from its…