There are few things more rewarding than completing a difficult jigsaw puzzle. Alfred Wegener was a prominent scientist  and geologist who solved one of the biggest puzzles on Earth, he suggested a theory called ‘Continental Drift’ which explained how the Earth’s continents once fitted together, just like a jigsaw. In A Little History of Science, author William Bynum looks at how Wegener put the Earth back together and in doing so discovered a whole new place, which he called Pangea.

Yale University Press’ Little Histories collection is a family of books that takes a closer look at some of the most significant events, ideas, discoveries and people throughout history. As part of our ongoing coverage of the collection, here’s an excerpt from William Bynum’s A Little History of Science, a book that examines the scientific discoveries that radically altered our understanding of the world. Today’s post introduces the theory of continental drift and its originator, Alfred Wegener.

Have you ever looked at a map of the world and thought that the edges of the continents look like they fit together, as if they were pieces from the same jigsaw puzzle? It was only 100 years ago that a scientist came to that very realisation and began doing some research to prove his theory. His name was Alfred Wegener (1880-1930) and he was a German geologist who came up with the theory of continental drift. What exactly did this theory claim? William Bynum explains in Chapter 33 of A Little History of Science:

‘Wegener’s radical proposal was that, around 200 million years ago, there was only one large continent, Pangaea, surrounded by a vast ocean. This enormous continent had gradually broken up, with pieces of it literally floating on the ocean, like icebergs breaking away and floating on the sea. Unlike icebergs, which can melt and fade, the pieces of Pangaea became the new continents. And it wasn’t over. Wegener thought the land masses were still moving apart, about ten metres a year. This estimate was way too high – recent measurements suggest a movement of only a few millimetres each year. But anything over a long enough period produces dramatic results.’

At the time, the idea that all the land on Earth was once part of the same continent seemed completely unbelievable to people, especially other scientists. Bynum writes, ‘Wegener had a few supporters, mainly in his native Germany, but most geologists found his ideas too far-fetched – too much like fiction.’ Wegener faced a lot of ridicule for his proposal, but it later turned out that many parts of his theory were supported by the findings of other scientists. Arthur Holmes (1890-1965) did some research into the process of heat transfer—referred to as ‘convection’ by scientists—within the earth. Although it’s hard for us to imagine, there is actually a layer beneath the earth which is so hot that it doesn’t stay still: ‘this layer is called the mantle, and Holmes believed that the molten rocks there gradually move upwards, like the hotter water in your bath. As they move up and away from the hotter area, they cool, and sink down again, to be replaced by other molten rock, in a timeless cycle. It is some of this molten rock on the rise that spews out when volcanoes erupt. Most molten rock never makes it to the earth’s surface, but spreads out as it cools and sinks, providing a mechanism to shift the continents apart, millimetre by millimetre.’

There are several other pieces of evidence that support Wegener’s ideas: for instance, the same kind of fossilised organisms have been found in South America and Africa. If you look at a map, you’ll realise that these continents are quite far apart indeed, and it’s unlikely that the animals crossed such a great distance to end up in a different part of the world. A better explanation would be that they once lived on the same chunk of land, and that chunk began to separate into various pieces one day. You can’t tell that it’s happening right now, but the earth is actually constantly moving! 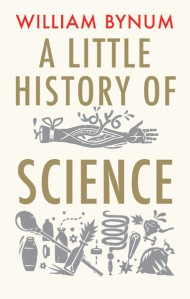 When Harry Met Annie: Love and Financial Fraud in the Nineteenth Century (Part 1)

Harry Marks was one of the foremost financial journalists of the late nineteenth century. He was also a man…