Yale author Michael Slater introduces his latest book on Dickens, and begins to untangle the web of intrigue that surrounds one of Victorian Britain’s highest profile authors. The author of this really terrible novel was a journalist called Carl Bechhofer Roberts who worked for The Daily Express. The publishers were Mills and Boon who, for all the notorious ripped bodices of their more recent fiction, have never produced a book that has created quite such a sensation as this one did.  Roberts himself said that the book could not have been more violently attacked if it had ‘preached cannibalism or unnatural vice as a desirable social reform’.  This was due to his highly negative presentation of Dickens throughout rather than because of anything to do with Ellen. But the reader is certainly left to speculate on how Dickens’s relationship with her might have developed. Sir Henry Dickens, besieged by the press for comment, took refuge in condemning the book as utterly unworthy of notice and gradually the fuss died down (though it was only last year that Portsmouth City Library lifted its ban on this slur on one of Portsmouth’s most famous sons).  It was, after all, a work of fiction.

Sir Henry had not been many months dead, however, before The Daily Express published a startling piece by an elderly writer of rather gossipy biographies of literary figures called Thomas Wright.  He stated that when he had begun researching a life of Dickens in the 1890s he had interviewed a distinguished Anglican clergyman, Canon Edward Benham.  Benham, who died in 1910, had known Ellen as a married woman.  According to Wright, she had confided in Benham when he was her local vicar, that she had reluctantly yielded to Dickens’s passion some time after his separation from Catherine. Now, she had told him, she ‘loathed the very thought of the intimacy’.  It had made both her and Dickens unhappy, Wright reported, and he believed that Dickens’s unhappiness was ‘reflected in his later books’.  His article seems to have made little impact compared with Bechhofer Roberts’s novel. A few months later, however, his revelations were incorporated into a revisionist life of Dickens by the widely-read biographer Hugh Kingsmill.  It was Kingsmill, acting on Wright’s hint, who began the game of seeing Dickens’s relations with Ellen reflected in his later heroines – cold and tormenting Estella in Great Expectations, mercenary Bella Wilfer in Our Mutual Friend and passionate Helena Landless in Edwin Drood.

This was all still hearsay and the Dickens Fellowship, which had taken over Sir Henry’s role as defender of their hero’s reputation, vehemently denounced it as such.  Then came Wright’s discovery, revealed in his posthumously-published autobiography in 1936, that Dickens had, under an assumed name, paid the rates on a villa in Peckham between 1867 and 1870.  Wright was put on the scent by a Mrs Mackie whose mother had had a charlady who claimed that she had worked for Dickens while he lived at the villa with his ‘unofficial wife’.

Barely had incensed Dickensians time to recover from this shock than they had to suffer a  worse one.  A book was published in 1939 called Dickens and Daughter. It was written by a former actress called Gladys Storey who had been a close friend of Dickens’s younger daughter Kate Perugini during the last years of the latter’s long life. Kate had died at the age of 90 in 1929, having been a revered Vice-President of the Dickens Fellowship.  In her book Storey included notes of conversations she had had with Kate about Dickens and Ellen. This young girl, Storey quoted Kate as saying, had come ‘like a breath of spring into the hard-working life of Charles Dickens – and enslaved him’.  Thomas Wright’s bald assertion in a letter to the Secretary of the Fellowship that ‘There were children’ had been mocked in the Fellowship’s magazine The Dickensian.  But it was less easy to dismiss Storey’s words, based as they were on intimate talks with Dickens’s daughter.  ‘More tragic and far-reaching in its effects’, writes Storey,  ‘was the association of Charles Dickens and Ellen Ternan and their resultant son (who died in infancy) than that of Nelson and Lady Hamilton and their daughter’.  Here, surely, was authentic confirmation that Ellen had been Dickens’s mistress?  Attempts to discredit it by the argument that Kate had been in her dotage when confiding in Storey were countered by no less a personage than George Bernard Shaw.  He wrote to The Times Literary Supplement that he had talked with Kate about her parents’ marital problems only four months before her death and her mind had not been in the least enfeebled.

These new revelations about Dickens and Ellen attracted the attention of the hugely influential and prestigious American man of letters Edmund Wilson, a convinced Freudian. His 1941 essay ‘Dickens: the two Scrooges’ presented Dickens as a man leading a double life which had  profound consequences for his art.  The subject of Dickens’s secret life with Ellen immediately  became of the greatest interest to American literary scholars. Aided by infra-red photography, they began poring over manuscripts of Dickens letters and other documents to recover blacked-out references to Ellen.  Soon afterwards, amateur sleuths in Britain began discovering Dickens hideaways in both Britain and France that, in one case at least, clearly related to Ellen.   Then in 1990 Claire Tomalin published her celebrated biography The Invisible Woman, a vivid and fully-documented life of Ellen before, during and after her association with Dickens.  Mysteries and uncertainties still remain regarding the exact nature of their relationship, however.  The public’s fascination with the subject shows no signs of abating and will be considerably stimulated, no doubt, by the forthcoming BBC feature film of The Invisible Woman directed by and starring Ralph Fiennes. 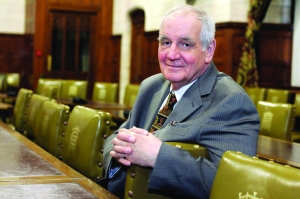 The Unbalanced Economic Relationship of the United States and China

What makes the economic relationship between the United States and China so fraught with anxiety, tension, and a…