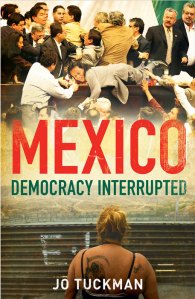 In her book Mexico: Democracy Interrupted, reporter Jo Tuckman investigates the nation’s problems (corruption, violent drug wars, poverty) and discusses why they seem so intractable. Here Tuckman looks at the recent and controversial Mexican election, and discusses why, despite a seemingly disappointing outcome, it could prove to be a watershed moment for Mexican democracy.

It is easy to view the victory of Enrique Peña Nieto in Mexico’s recent presidential poll and the comeback of the Institutional Revolutionary Party, the PRI, as a step back for the country’s young democracy. This is, after all, the same party that held power between 1929 to 2000 with the help of clientelism, systematic vote fiddling, and periodic authoritarianism. What’s more, Peña Nieto’s slick telegenic image only glosses over the fact that his party remains replete with figures directly associated with some of the worst traits of traditional PRI politics including corruption and gross economic mismanagement.

And yet, these elections are much more than a demonstration of the formidable survival skills and consummate pragmatism of a legendary political party. They are also much more than a gaudge of the willingness of Mexicans to forgive and/or forget the sins of the old regime in the context of two disappointing administrations headed by the National Action Party, or PAN, and the left’s fatal atraction to self-sabotaging infighting. The 2012 Mexican presidential elections have also thrown open the door to a long-overdue return to the narrative of democratization as a source of hope for the future.

The momentum of that narrative began to run out almost as soon as President Vicente Fox took office in December 2000 and replaced the fizz that had made him such an extraordinary candidate faded away within the haze of frivolity and personal vendetta that marked his single six year term. Then came Felipe Calderón and his decision to anchor his presidency in a force-focused offensive against the drug cartels that tragically backfired, in terms of both violence and governability.

With most politicians at all levels equally reluctant to prioritize the need to take the transition beyond largely free and fair elections and establish such basic democratic building blocks as accountability, Mexican political life has remained riddled with hangovers from the old regime, now socialized across all parties. The failure to strengthen more democratic alternatives to fill the power vacuums created by the collapse of one party hegemony has also encouraged the development of new distortions, such as the consolidation of monopolies and oligopolies as the king makers of the new era.

But while all of this was clearly identifiable within the general sense that Mexico had somehow lost its way, up until these elections the widespread unease was not usually seen as an explicit critique of how democracy had developed since 2000 that was still largely restricted to discussion of whether votes were counted correctly. This was true even at the beginning of the presidential campaign at the end of March when Peña Nieto, already the runaway favourite to win, was still able to dismiss concerns about his party’s democratic credibility as irrelevant by referring to its 12 years in opposition. Then a student movement suddenly erupted in May, and such brush offs were no longer enough.

The students tied their rejection of the very idea of the return of the PRI, despite the fact that many of them are too young to really remember what the regime had been like, to a critique of contemporary undemocratic power hubs, in particular the broadcasting giant Televisa, that they alleged were propelling its comeback. Hooked onto their youth and their use of social media, their movement combined past, present and future in a way nobody had done before.

The impact of the largely capital-based middle class student protestors should not be exaggerated, but nor should it be minimized. Many observers assume that it was one of the main reasons why Peña Nieto’s victory margin of 6.6 percentage points in the July 1st poll was significantly smaller than it would probably have been otherwise. This, in turn, gave runner up Andrés Manuel López Obrador greater leeway to lodge a legal challenge to the validity of the vote in the electoral tribunal that has helped keep the debate about the quality of Mexican democracy going.

The former mayor of Mexico City’s claims that the election was riddled with dirty tricks are tarnished by his own messianic style and a history of refusing to accept electoral defeat. The details of his current challenge, such as the claim that the PRI bought five million votes, also seem exaggerated even to many people who sympathize with his cause and most experts assume that the electoral tribunal will eventually confirm Peña Nieto’s victory. There is also a real danger that the radicalization of the non-partisan opposition to the PRI, still lead by the students, will see its initial potential for spearheading pressure for further democratization fade away. Not to mention the army of consummate political operators within the PRI waiting to put into practice their unquestioned talent for diffusing opposition through a mixture of targeted persuasion and harassment once they are safely established in office.

Even so, the recent political effervescence has also exposed more obviously than ever before how much Mexico has changed since 2000 and how much clearer the limits of that political transition now are. It has taken a while, but the 2012 elections may just come to be seen in the future as a watershed moment for Mexican democracy, in a positive way.

Jo Tuckman is a Mexico-based foreign correspondent who reports for The Guardian, among many other publications on both sides of the Atlantic. She lives in Mexico City.

David Livingstone (1813-1873) is revered as one of history’s greatest explorers and missionaries, the first European to cross…