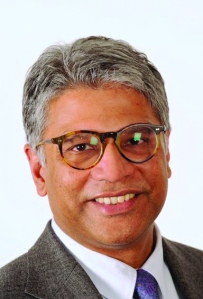 The End of the Chinese Dream: Why Chinese People Fear the Future is a unique and important new book by Gerard Lemos that provides a study of ordinary Chinese people and how they perceive their lives and opportunities in modern China. Here Lemos challenges our perceptions about the country, and explains how he was able to gather such candid material from Chinese citizens.

The reviews mainly focus on how the book closely examines the views of ordinary Chinese people. Official escorts and propaganda messages generally make this difficult to find out, with the result that many books about China seem shallow and ill-informed. One journalist said to me ‘it was great to read a book about China which really was about China!’

My method was erecting Wish Trees and asking people to write responses to questions on ‘leaves’ which were then placed on the tree. They were asked who are you, what event changed your life, what are your biggest worries and what do you wish for? Chinese people frequently put wishes on trees in temples, in the hope that the wind will blow their prayers to heaven, so when I asked them to do something similar, they were on familiar territory.

The reviewers note how, contrary to the stereotype of timid, stoical Chinese people, they are completely open about their concerns: no universal health care, costs of education, jobs and pensions. But the reviewers are also interested in how I managed to get so close to ordinary people, far from the bright lights of Beijing and Shanghai. Getting permission for these kinds of activities is perceived to be almost impossible, but that perception is wrong. The truth is much more interesting.

In fact, senior officials in Beijing and in big municipalities like Chongqing and Tianjin are continually concerned that they do not know what is happening on the ground. Local officials either wish to conceal problems or are implicated in causing those problems. Typically, a relatively well-educated member of the community hears about the unredressed grievances of a neighbour and makes it their business to understand the published rules. They then corral local people into making formal complaints. Such were the perfectly legal methods deployed by Cheng Guangcheng, the blind, self-taught lawyer who was recently forced into exile in the US after seeking asylum in the US Embassy.

Initially, locals rarely take to the streets to protest. Once they have made their official complaint, usually nothing happens. Even if they take their complaint to higher authorities, the response is usually for the higher authorities to tell the local officials to get the situation under control by any means available and, above all, stop the complaints before they get escalated to even higher levels. The local officials then either bribe the complainants with cash or perhaps a new TV, or they intimidate the people complaining into desisting. Sometimes people press on regardless with pursuing their grievances. If those complaining are well-educated and confident they may be willing to take on the authorities. Several environment-destroying projects close to residential areas have been stopped by middle class protests, like the recent protests in Shifang in Sichuan against the building of a plant for refining heavy metals which ended in a standoff between protesters and police and the project being cancelled – though some believe it has only been postponed.

These problems of badly handled complaints and protests are not denied by the Party. Senior people all the way up to Premier Wen Jiabao frequently state that corruption is endemic at all levels of officialdom. Occasionally a senior official is prosecuted for serious misdemeanors, but the vast majority gets away with it. Protesters are bought off or intimidated into silence, but the grievances remain. With each case the legitimacy of the Party hierarchy is brought further into question and people become more cynical about whose side leaders and their local placemen are on. The underlying problem, of course, is that Party control means that rule of law, an independent judiciary and fair and equitable legal processes are out of the question, so there are no effective, legitimate means for people to get their grievances resolved – and no official channels for senior officials to hear about grievances and protests, until they are so public that they can no longer be concealed; perhaps even threatening public security.

So when someone likes me turns up to see senior officials, who is clearly outside all these tortuous, intertwined networks, senior officials often welcome new sources of feedback, such as the wishes and fears that local people placed on my Wish Tree. But local officials face a new test for their ingenuity. Their usual objections – that senior people will not grant permission – won’t wash. So they have to invent new ways either to prevent anything being found out, which is difficult because local people in my experience are all too happy to talk. China has the most vibrant, lurid gossip of any country I know. Or, when that fails, the local officials seek ways to keep the information found out from being reported.

That’s when the fun starts… I never expected any of the reviews of my book to describe it as describing events in ‘humorous detail’, but I take it as a compliment!

The End of the Chinese Dream

Gerard Lemos is a British expert on social policy. He advises governments, businesses and charities. His first book, in collaboration with the celebrated sociologist Michael Young, was The Communities We Have Lost and Can Regain. He is Acting Chairman of the British Council, in succession to Lord Kinnock, a member of the British Board of Censors, and holds a number of other public positions in British institutions. He speaks Mandarin and is Visiting Professor at Chongqing Technical University in south-west China.

The End of the Chinese Dream: Why Chinese People Fear the Future is available now from Yale University Press.