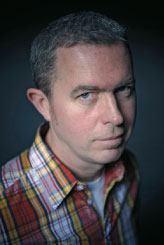 Todd Longstaffe-Gowan, internationally renowned landscape architect and author of The London Square, provides a short history of Bedford Square, the picturesque home to Yale’s London offices. From its 18th century origins Longstaffe-Gowan traces the history of this beautiful and distinctive feature, ‘superior in everything but magnitude to any square in Europe’.

For over two centuries Bedford Square has been universally admired as among the most handsome garden enclosures in the metropolis. Indeed the praise that was heaped on it in 1783 rings as true today as it did at the time of its building: ‘it is without exception the most perfect square in town. The regularity and symmetry on the sides, each of which is adorned with a central building faced with stone and enriched with pilasters and a pediment, the great breadth of the pavements, and the neatness of the iron-rails, which encloses an oval grass-plat, environed by a gravel walk, render it superior in everything but magnitude to any square in Europe’.

There had been talk of building a square on the western margins of the Bedford Estate in Bloomsbury as early as 1763: John Russell, fourth Duke of Bedford (whose energetic forebear the fourth Earl laid out Covent Garden piazza in the 1630s) had proposed the creation of ‘Bedford Circus’ in imitation of the King’s Circus in Bath. In the event, the duke died in 1771, and it was left to Robert Palmer, principal agent to the estate, who collaborated with William Scott and Robert Grews to carry out the speculation in association with the builder Thomas Leverton. Their combined efforts were vaunted at the time as ‘a proof of the improvement of our [building] taste’.

Much fuss is deservedly made of the absolute uniformity and degree of symmetry and homogeneity in the surrounding architecture of the square. The central garden is, however, no less distinguished.

We know little about the layout of the original railed and gated pleasure ground. An anonymous estate plan of c.1795, and Richard Horwood’s Map of 1799 show the enclosure – the amphitheatrical shape of which was possibly based on Portman Square – as a bald expanse encompassed by a perimeter walk. Published accounts from the 1870s reveal that the garden was subsequently planted with shrubs and pine trees – presumably to produce a picturesque effect. Thomas Hosmer Shepherd’s watercolour view of 1851 supplies a hint of the ‘quiet beauty’ of the garden.

The first edition Ordnance Survey (1871) shows the layout of the then ‘neglected’ garden enclosure before it was given a ‘thorough overhaul’: its regular tree planting, gently snaking diagonal paths and central octagonal pavilion, or reposoir, characteristic of many of the metropolitan squares. The 1874 round of improvements was galvanised by Francis Russell, ninth Duke of Bedford who commissioned Joseph Fyfe Meston to ‘rearrange and beautify Bedford-square’. Meston (1827-91) was a prominent figure in the world of horticulture and landscape gardening who had earlier collaborated Alexander Mackenzie on the design and building of the Victoria Embankment Gardens. The transformation of Bedford Square garden was dramatic: it was reported in The Garden in December 1874 that the ‘fine old Pines [that] stand out grandly as the dwindling, mean, under-shrub vegetation, common to Bedford, as to other west-central squares’ was ‘swept away, root and branch.’ These changes are documented in the second edition Ordnance Survey (1894) which shows that the pavilion had migrated to the southwest end of the garden, the central paths had been eradicated, and new trees were scattered informally around the central oval lawn. These trees are presumably the towering London planes which still dominate the canopy of the square.

The garden pavilion, which is depicted in a photo of 1913 and latterly in greater detail in a watercolour of 1943, has sometimes been described as the Chinese Pavilion on account of its playful fretwork, and the roof’s curious top-knot (now gone) and pie-crust eaves.

Although many of the Bloomsbury squares were, according to Douglas Golding writing in 1936, ‘hopelessly defaced’, or ‘destroyed or partially ruined’ after the First World War, Bedford Square – which he refers to as one of the ‘masterpieces of by-gone town planning’–remained reasonably intact, preserving much of its original late eighteenth-century character. The square also fared better than most during the Second World War. Miraculously, whilst the heavy Georgian iron railings of all the Bloomsbury squares were culled in the course of the official campaign for ‘goodwill’ scrap metal, only the ‘beautiful railings of elliptical formation’ at Bedford Square were reprieved. This stroke of good fortune was in part due to the defiant pacifism of the twelfth Duke of Bedford, and the efforts of the Georgian Group.

The square, which remains a jewel of London square design, has within the past decade reaped the benefits of English Heritage’s generous Campaign for London Squares – the aim of which has been the coordinated improvement of London’s most important, neglected public and private squares. In 2006 the lighting and the paving were refurbished, unnecessary and unsightly clutter was banished from its precincts, and broad bound-gravel aprons were formed around the oval garden. 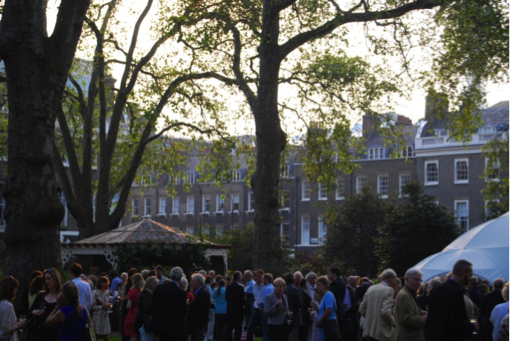 In May 2012 Bedford Square garden served as the setting for the launch of my book The London Square. That its publication should have been celebrated en plein air in this particular garden is to me entirely appropriate: where better to celebrate one of London’s greatest and most innovative and enduringly appealing contributions to town planning, urban form and comfortable metropolitan living, than in the finest of a clutch of squares which have been built and maintained by a single family for just under four hundred years.

Todd Longstaffe-Gowan is a landscape architect with an international practice based in London. He is gardens adviser to Hampton Court Palace and is currently redesigning the gardens of Kensington Palace in London.

The London Square: Gardens in the Midst of Town is available now from Yale University Press.