Yale’s pioneering ‘Spirit of…’ series is an enlightening collection of books that investigate the spirit and essence of the world’s faiths. Today we take a look at the series, as well as its most recent edition, The Spirit of Mary, an intriguing and insightful anthology of Marian writing taken from two millennia of Christian history.

In 2010 Yale University Press, in conjunction with the International Sacred Literature Trust, began publishing the ‘Spirit of…’ series, a collection of concise, easy to read books that aim to shed light on the spirit or essence of a particular faith. The series is still growing, but volumes to date include books on Quakers, the Buddha, Zoroastrianism and most recently, The Virgin Mary.

In each volume a significant scholar brings together relevant sacred texts alongside original editorial material, with the aim of informing discussion within faiths, between faiths, and across the religious-secular divide.

“The series of texts translated at the instigation of the International Sacred Literature Trust will make the world’s heritage of spiritual and ethical insights available to a much wider audience. I hope it will help to break down the barriers of suspicion and ignorance and encourage understanding and tolerance in this age of tension and conflict.” —HRH Prince Philip, Duke of Edinburgh 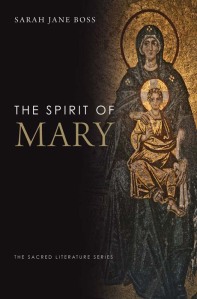 The Spirit of Mary

The most recent edition in this series is The Spirit of Mary by Sarah Jane Boss, senior lecturer in theology and Catholic studies at the Centre for Marian Studies at Roehampton University. Said to be ‘next to Christ, yet closest to us’, the Virgin Mary has been and remains a major figure in world religion. Mary, who carried the Word of God in her very body, is a potent symbol for Christians: by conforming their souls to her likeness, they invite Christ to live within them spiritually. As such, Mary’s spirit has pervaded, and partly constituted, the spirit of Christianity itself.

Contextualizing a selection of writings that illustrate Mary’s role in the Christian tradition, Sarah Jane Boss – a leading authority on Mary – shows how the Marian cult, doctrines, and devotion have developed over the centuries, from widely differing cultural backgrounds and from both Eastern and Western churches. Together with Boss’s enlightening and incisive introductions to the texts, this book is a colourful and engaging introduction to the meaning of Mary.

“I welcome the work of the International Sacred Literature Trust in making available to so many people books revealing the great teachings of love, compassion and universal responsibility— themes that underlie all the world’s great sacred traditions.” —HH The Dalai Lama

The ‘Spirit of…’ series is expanding every season, with future editions investigating Confucianism and Tibetan Buddhism. In the meantime, take a look at the other books in current selection below, or view them here.

The Spirit of the Buddha

The Spirit of the Buddha
Martine Batchelor

In this slim, enlightening volume, internationally recognized Buddhist teacher Martine Batchelor presents the basic tenets and teachings of the Buddha through a selection of essential texts from the Pali canon, the earliest Buddhist scriptures. Viewed by scholars as the actual substance of the historical teachings (and possibly even the words) of the Buddha, these texts are essential to an understanding of the Buddhist faith, and Batchelor illuminates them with her lucid analysis and interpretations.

Both accessible to nonpractitioners and helpful to scholars, The Spirit of the Buddha touches upon key themes, including dharma, compassion, meditation, and peace, among others, creating a panoramic view of one of the world’s most widely practised faiths that is deeply rooted in its most vital texts.

The Spirit of the Quakers

The Spirit of the Quakers
Durham, Geoffrey

Who are the Quakers, what do they believe, and what do they practise? At the heart of their faith lies the conviction that everyone can have a direct experience of God without the mediation of priests or religious leaders. They express this in a unique form of worship that inspires them to work for change in themselves and in the world. In The Spirit of the Quakers Geoffrey Durham introduces Quakerism through quotations from writings that cover 350 years, from the beginnings of the movement to the present day.

This anthology shares the religious experience of Quakers both in their worship and in the world. Peacemaking, simplicity, truth, and equality are major spiritual themes, but readers will also find rich and varied writing on the Quakers’ wide diversity of belief, their collective values, their insistence on taking action for social change and their understanding  that we can ‘answer that of God in everyone’. The extended quotations have been carefully selected from well-known Quakers such as George Fox, William Penn, John Greenleaf Whittier, Elizabeth Fry and John Woolman, as well as many contemporary authors. Together with Geoffrey Durham’s enlightening and sympathetic introductions to the texts, the writers gathered here provide an engaging, often moving guide to this accessible and open-hearted religious faith.

Zoroastrianism is one of the world’s oldest religions, though it is not among the best understood. Originating with Iranian tribes living in Central Asia in the second millennium BCE, Zoroastrianism was the official religion of the Iranian empires until Islam superseded it in the seventh century AD. Centered on the worship of Ahura Mazda, the All-knowing Ruler, Zoroastrianism follows the practices and rituals set out by the prophet Zarathustra, according to the indigenous tradition.

As one of the world’s great religions, Zoroastrianism has a heritage rich in texts and cultic practices. The texts are often markedly difficult to translate, but in this volume, Prods Oktor Skjaervo, professor of ancient Iranian languages and culture at Harvard, provides modern and accurate translations of Zoroastrian texts that have been selected to provide an overview of Zoroastrian beliefs and practices. In a comprehensive introduction to these sacred texts, Skjaervo outlines the history and essence of Zoroastrianism and discusses the major themes of this the first fully representative selection of Zoroastrian texts to be made available in English for over a century.

The ‘Spirit of…’ books are available now from Yale University Press.

Terry Eagleton:
Culture and the Death of God

How to live in a supposedly faithless world threatened by religious fundamentalism? In Culture and the Death of…