In 2011, in collaboration with the Metropolitan Museum of Art New York, Yale University Press published Alexander McQueen: Savage Beauty, a lavish, stunningly produced catalogue to accompany the McQueen tribute exhibition ‘Savage Beauty’ at the Met. The show and book focused on the most iconic and acclaimed designs of McQueen’s prolific career. Andrew Bolton, who curated the now legendary Met show, examined McQueen’s inimitable technical virtuosity and the subversion of traditional tailoring and dressmaking practices. The book includes in-depth studies of six collections that illustrate and encapsulate thematic chapters as well as an interview with Sarah Burton, the creative director of fashion brand Alexander McQueen.
To celebrate the show’s arrival at the V&A in London, we look back at our interview with Met show curator and author of Alexander McQueen: Savage Beauty, Andrew Bolton.

Yale University Press: McQueen’s designs are popular with celebrities and the public alike; what is it about his designs that make them so special/appealing?

Andrew Bolton: Much of the appeal of McQueen’s fashions derives from their theatricality, often conveyed through their historicized silhouettes. McQueen was drawn to periods in which fashions were particularly extreme and exaggerated, such as the 1860s, the 1880s, the 1890s, and the 1950s. But while he looked to these epochs for inspiration, his fashions always appeared emphatically contemporary.

YUP: For McQueen fashion was an art form, and his runway shows were often theatrical productions. Did you have a favorite show/collection?

AB: One of my favorite runway presentations was McQueen’s spring/summer 1999 collection, entitled “No. 13.” The collection was inspired by the Arts and Crafts Movement, and featured the athlete and model Amy Mullins in a pair of hand-carved prosthetic legs. McQueen’s promotion of beauty rarely adhered to classical or platonic ideals. For him, beauty was to be found in difference, in anomalies and irregularities.

YUP: McQueen has been called the most influential designer of his generation; do you think his work will stand the test of time? Where would you place McQueen in the fashion pantheon?

AB: McQueen’s impact on fashion is uncontestable. You only have to think of his “bumsters” to appreciate the extent and enormity of his influence. But his legacy extends beyond specific designs to his general philosophy of fashion. For McQueen, fashion was not just about utility and practicality but also about ideas and concepts. In this respect, he was an artist whose medium of expression happened to be fashion. Like many artists, McQueen’s fashions were reflective of his personality and state of mind. They were intensely autobiographical.

YUP: Other than McQueen’s frequent use of tartan, are there specifically “British” qualities about his work?

AB: There are many British qualities to McQueen’s fashions. The most obvious is his tailoring. McQueen trained with the Savile Row tailors Anderson & Sheppard, and as early as his MA graduate collection in 1992 the influence of menswear tailoring could be seen in his fashions.

Typically, however, he would upend or subvert the principles of tailoring in his pursuit of modern, innovative silhouettes. He has turned suiting inside out, upside down, and back to front– ripping and tearing it apart like a demonic Edward Scissorhands. In fact, this punk attitude is typically British and typically McQueen. For McQueen, fashion was all about provocation and confrontation. He was the Hogarth of fashion.

YUP: Which designers most influenced him?

AB: In terms of tailoring, McQueen was most influenced by designers whose technical acumen mirrored his own, designers such as Gilbert Adrian and Cristóbal Balenciaga. In terms of dressmaking, he looked to designers who shared his sense of theatricality and his love of exaggerated silhouettes, such as Charles Frederick Worth, Christian Dior, and Charles James.

But McQueen’s fashions are incomparable. When you look at one of his suits or one of his dresses, they bear the hallmarks of his singular creativity. McQueen fashions, like his vision, are inimitable. 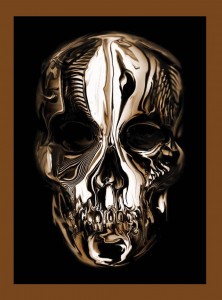 How to Decorate an 18th-century Pocket

In the summer of 2020, we ran a very special design competition to celebrate the release of the…