This autumn, the BBC will be showing a new series about Georgian private life, based around Amanda Vickery’s highly praised book Behind Closed Doors. 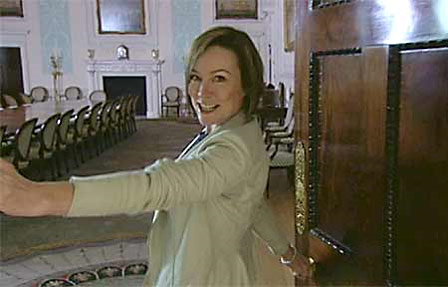 We are all familiar with the splendours of Georgian architecture, but we know less of what went on behind closed doors in the 18th century. In a new three-part series, Amanda Vickery brings the Georgian home back to life and opens a fascinating window on the soul of an age.

Using artefacts, letters, criminal trial records and diaries, Amanda makes us look afresh at a world considered familiar through costume dramas but which only now offers up its secrets.

She sheds light on the full spectrum of Georgian society, from the richest to the poorest to the intriguing world of the “middling” classes.

Using dramatic reconstruction to breathe life into the personal stories of these characters, viewers gain access to the dreams, hopes and fears of the Georgians.
Amanda provides a compelling account of their attitudes to love and sex as well as the burning issues of the day, such as privacy, consumption and security.

Find out more about the BBC series

You can still buy this book in hardback, while stocks last!